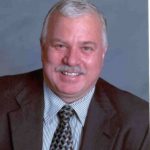 The utility of individual solar panel monitoring electronics for fault detection purposes was explored after the Fukushima-Daiichi nuclear accident in Japan, where plans were considered at that time for deployment of solar energy plants in the affected areas.  Because of the radiation in the area, the detection of faulty panels became an issue and companies and universities were commissioned to develop hardware and software technologies for remote monitoring of individual panels in large utility scale solar farms.  The need for monitoring was also fueled by elevated standards for solar array efficiencies and the need for analytics.  As a result, some companies developed electronics for networked monitoring of solar panels.  At that time, a collaboration of PACECO (a subsidiary of Mitsui Engineering and Shipping), Applied Core Technology (ACT), Houston- Japan, ViaSOL Energy and Arizona State University was established to produce hardware, algorithms and software for solar panel monitoring.  PACECO and ACT developed the first generation monitoring devices that were equipped with sensors for monitoring voltage, current, temperature and irradiance. Houston – Japan developed Ethernet connectivity for these devices and the ASU SenSIP center began exploring algorithms for fault detection and control of solar panels.  A small 13×1 solar array facility was built at the Arizona Public Service (APS) Star facility near ASU, which allowed the ASU team and PACECO researchers to begin performing simulations and experiments.  The second generation smart monitoring devices, developed by Japanese companies ACT and Energy Wireless,  had enhanced electronics, radios for Wi-Fi connectivity,, relays and a new array of sensors.   With these hardware technologies and with the algorithms developed by SenSIP, ASU researchers were able to demonstrate efficiencies.  SenSIP won three consecutive NSF grants to develop novel statistical signal processing and machine learning algorithms for fault detection and solar panel topology optimization.  The latest Cyber-Physical grant established in late 2016 has an ambitious plan that will treat solar panels as Internet-of-Things (IoT) nodes and develop a new generation of fault detection and efficiency optimization algorithms, enabled by customized machine learning algorithms, cloud movement detection, and interfaces for inverters that promise to improve efficiencies by as much as 10%. In the keynote, we discuss the development of new algorithms, the design of a new experimental facility equipped with IoT-enabled panels, and the integration of vision and fusion algorithms that promise to achieve efficiencies and create a new generation of solar array farms that continuously optimize their performance, enable mobile analytics, and provide remote control and fault detection remedies. Outcomes of this research will also enable power prediction and inverter transient suppression capabilities.

Andreas Spanias is Professor in the School of Electrical, Computer, and Energy Engineering at Arizona State University (ASU). He is also the director of the Sensor Signal and Information Processing (SenSIP) center and the founder of the SenSIP industry consortium (now an NSF I/UCRC site). His research interests are in the areas of adaptive signal processing, speech processing, and sensor systems. He and his student team developed the computer simulation software Java-DSP and its award winning iPhone/iPad and Android versions. He is author of two text books: Audio Processing and Coding by Wiley, and DSP: An Interactive Approach (2nd Ed.). He served as Associate Editor of the IEEE Transactions on Signal Processing and as General Co-chair of IEEE ICASSP-99. He also served as the IEEE Signal Processing Vice-President for Conferences. Andreas Spanias is a co-recipient of the 2002 IEEE Donald G. Fink paper prize award and was elected Fellow of the IEEE in 2003. He served as a Distinguished Lecturer for the IEEE Signal processing society in 2004. He is a series editor for the Morgan and Claypool lecture series on algorithms and software.